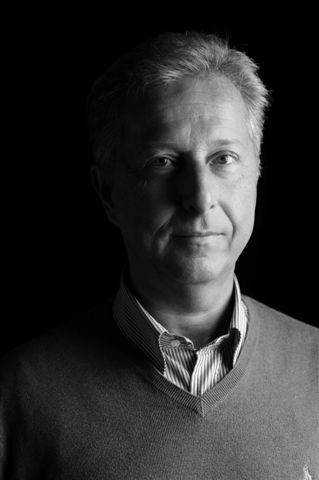 Born in Piacenza (Italy), Paolo Terdich has travelled widely and has lived in various countries, including U.K., Netherlands, Egypt, and since 2008 in Nigeria. He has had the opportunity to experience diverse cultures and, hence, to develop and refine his art. He has presented his work at various personal exhibitions worldwide and at some renowned art fairs. He has also won numerous international prizes (e.g. he was among the winners of the ”VII Biennale Internazionale di Roma” and finalists in the prestigious “Premio Arte 2008”).

His painting vocation manifests initially through employing dramatic chiaroscuro, to generate introspective portraits poised in powerfully balanced compositions. The key characteristic of his style is exposed through his capability of mastering, with the confidence and flair of a mature artist, different techniques. They are used to render detailed figurative subjects, characterized by luminous surfaces and compelling images that offer a combination of disquiet, uncertainty, urgency, calm, and spirituality. He focused mainly on figurative subjects, which are hauntingly composed to evoke an immediate respect. He also shows a clear attitude at exalting the light, obtaining paintings pervaded by uncommon atmospheres and shot with an evanescent brightness. Meditative in tone, he provides a contrast between background and figures which enables his works to have an immediate and awe-inspiring realism. By accurately depicting the individuals isolated from the background, he, hence, introduces a surrealistic atmosphere, but also captures their soul and truthfully depicts each flaw, exposing their human vulnerability. His realism, driven by uncommon technical capabilities, is silent, intimate, and his paintings contain an unspoken, mysterious narrative, which offers an emotionally and psychologically loaded presentation that attracts the viewer. This atmosphere has been finally emphasized in his last works “waters”, ultra-modern and complex compositions, where the subjects are broken within the crystal water in a multitude of dynamic reflections. 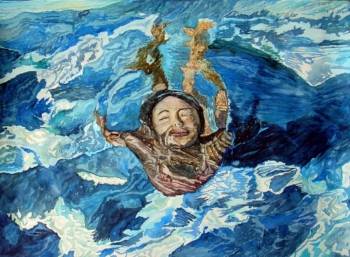 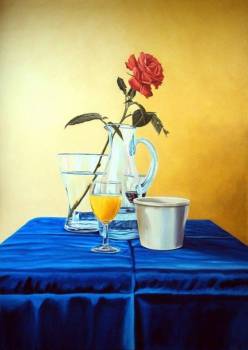 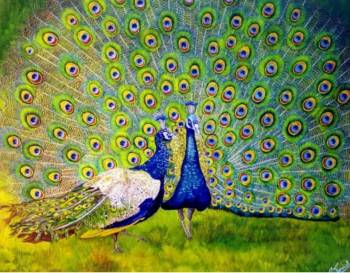